Thirty months after the British voted to exit the European Union, or the EU, nobody knows where Brexit will end up.

Champions of the exit hoped to free themselves from the EU’s constraints – especially requirements for open migration from Europe – while maintaining access to its vast market. This proved impossible to negotiate with the EU.

So far, Britain’s government has only obtained a hodgepodge of half measures, negotiated by an increasingly weak Prime Minister Theresa May, that it appears unable to pass through its own parliament.

Commentators everywhere will continue to parse out where the drama goes from here. As an expert on EU history, however, I propose to step back for a moment.

How did we get here? What is Brexit’s significance for today’s politics?

A global wave of nationalism?

The driving idea behind the EU, which was called the European Economic Community when it was created in the 1950s, was to pacify Europe by integrating its economies. After two bloody world wars, Europeans hoped that eliminating barriers between countries and encouraging cooperation in common institutions would bring both economic vitality and lasting peace.

The EU has been working ever since to promote trade and mobility across Europe. Along the way it has developed remarkably powerful international institutions, not unlike a federal government. Today it can be seen as the avant-garde of globalization: the world’s most advanced experiment in open borders and international governance. 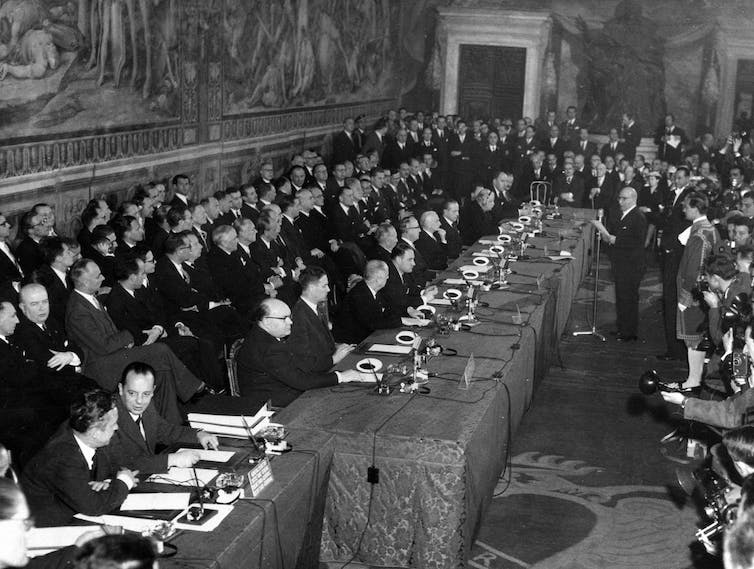 It is tempting, then, to read Brexit as the leading edge of a rising anti-globalization wave that seeks to restore national borders and sovereignty. That interpretation is especially enticing given the many parallels between the campaign for Brexit and the other earth-shaking, populism-fueled vote of 2016: the election of Donald Trump.

But if Brexit certainly manifests some widespread tensions about globalization, it is not clearly the result of a deep, broad, bottom-up wave of nationalist resentment.

In fact, not too long ago there were reasons to think Britain was becoming more comfortable with the EU, not less. Back in the 1990s, it looked like Britain might consolidate its European role and seek to magnify its global influence through the EU.

At that point English was rapidly becoming Europe’s dominant language. London had made itself Europe’s financial center. The long-standing dominance of France and Germany in the EU was waning. The club was expanding to new members like Poland and Sweden who viewed the British as more natural allies.

The road to Brexit is arguably more a top-down tale of leaders and elite ideology than of an inexorable bottom-up wave of resentment. Certainly some latent resentment was there, with British public approval of ties to Europe waxing and waning over the decades. But it took years of top-down encouragement and complex maneuvers among political elites to coalesce anti-European sentiment into the Brexit vote.

Here is a quick version of that tale, drawing on my research with political scientist Cary Fontana.

The key process that shunted Britain toward Brexit was a battle over the direction of the Conservative Party that began in the late 1980s.

The party’s competing views should be familiar to American Republicans today: Was conservatism primarily about opening up Britain to the world and fostering business opportunities? Or was it more about defending British sovereignty and a distinctive nationalist (and racial) identity?

For those who wanted to open up Britain to the world, it was a clear positive to belong to the European Community (EC, later renamed the EU). Indeed, Conservative Prime Minister Edward Heath had led the U.K. into the EC. The British liked to think that they invented free trade and modern diplomacy, and the EC followed their lead – aiming to open up markets across the continent and encourage cooperation.

What’s more, the Conservatives became especially enthusiastic about free markets in the 1980s, and so did the EC. In 1986 it adopted a profound “Single Market” plan to eliminate all remaining barriers to intra-European trade.

But for those more interested in defending sovereignty and nationalist identity, the Community was a menace. 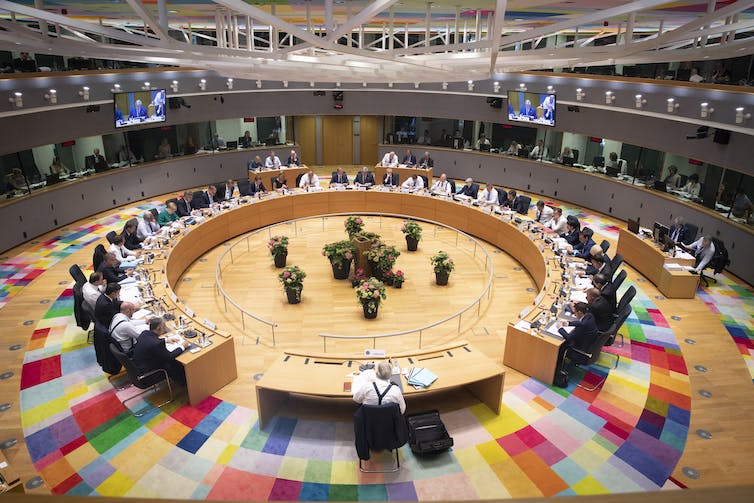 The EC could plausibly aspire to eliminate national-level trade barriers because it featured unusually strong international institutions, whose powers conflicted with the traditional British principle that nothing could supersede the authority of Parliament. It didn’t help that Britain’s old rivals, the French, tended to dominate EC politics. Some Conservatives saw the EC as a French plot to subjugate the continent.

The key mechanism that drove the Conservatives from free trade to nationalism has a name: Margaret Thatcher.

A leader of contradictions

An outspoken free-marketeer when she became the party’s leader in 1975, Thatcher nonetheless harbored strongly nationalist instincts.

Into the mid-1980s, Thatcher mostly supported the move to increase connections to Europe and break down barriers to trade.

But as the Single Market plan proceeded – which meant both eliminating trade barriers and boosting the EC’s authority over the European economy – she changed her mind. Open markets were not worth the loss of British sovereignty, Thatcher came to believe.

In 1990, just as British public support for EC membership hit its zenith, Thatcher’s emerging skepticism culminated in a famous anti-European diatribe in Parliament.

Thatcher’s (“No! No! No!”) – in reaction to EC calls for further increasing its own scope and authority – convinced the party leadership to oust her. More cosmopolitan Conservatives saw her as a liability.

But striking down the Iron Lady made her more powerful than anyone imagined.

Thatcher’s long period of charismatic leadership had inspired a new generation of Conservatives in her mold. Her ouster over European debates led them to define skepticism about the EU (or “Euroscepticism”) as the litmus test of a true Thatcherite.

During the 1990s the Conservatives known as “Thatcher’s children,” mounted a rising rebellion. When their party was wiped out by Tony Blair’s Labour Party landslide in 1997 – limiting it to seats in Britain’s most conservative pockets – they took over.

Careful what you wish for

Eventually, the Conservatives recovered as Labor leader Blair’s popularity waned. Their moderate new leader, David Cameron, helped their return to power by working to convince his colleagues to stop “banging on about Europe.”

Once in power after 2010, though, Cameron faced both an internal nest of arch-Eurosceptics and the rabidly anti-EU U.K. Independence Party under Nigel Farage.

To quiet them, Cameron promised a referendum on EU membership after the 2015 election. He took a conscious risk: Like everyone else, Cameron expected that economic interests would ensure a win for “Remain,” (a vote to stay in the EU) over “Leave” (voting to leave the EU – known now as “Brexit”).

But referendums are notoriously unpredictable.

Twenty-five years of Thatcherite disdain for Europe had cultivated considerable support. Certain elements in the British press also stoked anti-European and anti-immigrant sentiments. The wild card was a brilliant political prodigy, Dominic Cummings, who shepherded the “Leave” campaign to a narrow victory that he himself thought highly improbable.

Given that Eurosceptics themselves expected to lose – and had no coherent plan to implement a withdrawal from the EU’s complex rules — the failing negotiations for Britain’s formal exit of the EU since then are no surprise.

Even if it showcases less bottom-up nationalism than most people assume, the British voted in favour of Brexit. Some sort of departure from the EU is still likely. Like most experts, I think that will be bad news for Britain, Europe and the world.

British people will have less favorable external economic relationships and less political influence. The U.K. itself may break into pieces. Scottish voters largely opposed Brexit, and it may nudge them to vote for their own independence.

More broadly, nationalist choices can be self-fulfilling prophecies: They close borders, weaken cooperation, provoke nationalism elsewhere. They may thus produce the threatening world that they feared.

Still, I think this story hints at longer-term optimism.

Much of what many take today as historic shifts are not as deep and inexorable as they may seem. The politics of Brexit, like the similar politics of Donald Trump, do reflect major tensions in our world today – but not their unavoidable consequences. If aggressive minorities and odd contingencies do not lead us too far down costly paths, reasonable responses and better leadership can hopefully put things right. 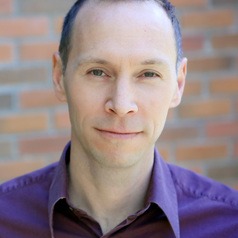 Craig Parsons is Professor and Department Head of Political Science at the University of Oregon. He has published six books and many articles on contemporary political economy, the history of the European Union, and French and British politics. His scholarly work investigates the ideas and institutions that came together to construct today’s Europe; comparisons between the European Union and American federalism; how divisive issues like the authority of the EU affect political parties and democratic representation; and some thorny questions in the philosophy of science and qualitative methodology.