This article was co-written by Ertugrul Urker and Emrah Atar

The meanings we ascribe to concepts in our minds are closely related to the geography in which we live. The concept of border is one of them. If the meaning of the border for a Mexican is the US, it is Russia for a Kyrgyz, and it usually conjures up wire mesh, mines and inflatable boats for the people of the Middle East. The last possibility is a passport. Because if you have a passport, there are no borders, and borders limit only the people living in poverty-stricken.

In terms of international relations, the border represents the primary area where states can exercise their sovereign powers. The effectiveness of the nation-state as a political institution depends mainly on its sovereignty over its territory. This is achieved through its control over the information, goods, capital and human resources that cross its borders. However, the concept of borders has also changed in the globalized modern world because it has evolved from a security-based understanding of borders to a concept based on world citizenship and global problems.

Although the border is a fundamental security issue for modern states, the borders gradually lose their importance for post-modern states, even as the primary task of the armed forces ceases to be the defence of traditional countries and focuses on non-geographical problems such as humanitarian intervention.

COVID-19, which has called the ‘China Virus’ by President Donald Trump, has begun to spread far faster than the plastic materials that have seized China’s world market. However, the world chose to reject to fight and ignore the virus in the first turns. One of the best examples of this is again the US President Donald Trump. During the beginning of the first cases in the US, he stated that “The Democrats are politicizing the coronavirus, this is their new hoax”. On the other hand, after the virus spread in the US, the expression had changed so much when he expresses that “with this invisible enemy, we do not want airlines going out of business, we do not want people losing their jobs and not having money to live when they were doing well four weeks ago”. While all this was happening, as of March 30, the US jumped into the first place in the world with over 140 thousand cases and over 2 thousand deaths.

Considering that China’s irrepressible export would be more regional and ineffective, governments were late in taking precautions as would other types of epidemics, such as Middle East Respiratory Syndrome (MERS) and Severe Acute Respiratory Syndrome (SARS). Once the seriousness of the virus was understood, governments began to use a security-based understanding of borders, reverting to classical methods of protecting their citizens. First, airspace and then land borders were closed against countries where the virus cases were seen hight. As the number of cases continued to rise, some countries chose complete isolation and closed their borders to all countries.

Is complete isolation possible in the modern world of the 21st Century? Has a natural border, which COVID-19 cannot cross, been invented by the world that plans to establish colonies of life in space?

When smallpox was taken by the Spanish to the Aztec and Inca indigenous peoples in the 1500s, the only chance/misfortune of non-immune Indigenous Peoples was that they had never met the Spanish in 1520 years. After the first Spanish offensive failed in 1520, the Aztecs sadly suffered from smallpox and many of them lost their lives. Recently, the world is witnessing the indigenous peoples experiences, and its borders are at least as vulnerable as theirs.

COVID-19 is not content with ignoring the boundaries of human beings but also dares to determine the boundary between people. It decides how long the social distance – social boundary should be between the two people and prohibits social contact. One of the most prominent victims of this was the British Prime Minister Boris Johnson, who ignored the boundaries/rules and had close contact with COVID-19 patients. Perhaps seeing these examples from the highest-ranking people and celebrities would help people to understand the boundaries and the effect of this pandemic.

Another example of the intervention of COVID-19 on borders was aimed at the European Union. As the Coronavirus outbreak turned into a crisis in Europe, member states (such as Germany, France ) took measures primarily on the basis of national borders regarding their own security. However, in line with some decisions adopted by the Council of Europe on March 17, it was stressed that measures such as stopping entry and exit from the EU unless required for 30 days, not interfering with transit between member states, but quarantine could be taken in this regard. This has shown that even if nations are involved in a supranational structure such as the European Union, they will look after their own national borders/interests rather than the borders of the Union in the face of the immediate security threats they will face.

To conclude, humanity began to reconsider its own perception of borders in the face of an uninhibited virus, and nation-states have turned to the classic understanding of security and borders of the nation-state due to health and homeland security of their citizens. States have still been struggling to learn how to fight with this new and irregular enemy as well as to experience the meaning of new borders in the 21st century.

I hope that humanity is not as late as the Inca and Aztec peoples to learn. 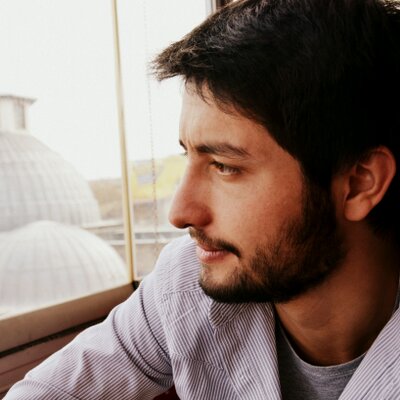 Ertuğrul Ürker is a freelance writer and graduate in International Relations. He continues his master’s education in Political Science and Public Administration. He is also a revenue specialist assistant in Turkey.