All the data used in this article is taken from the Armed Conflict Location & Event Data Project (ACLED), unless indicated otherwise.

When President Trump announced that the US had conducted a lethal assault against Abu Bakr al-Baghdadi, the self-proclaimed Caliph of the Islamic State, the news was met with a small measure of bewilderment amongst the celebration. Baghdadi, who reportedly detonated a suicide vest after being cornered by US Special Forces, had been hiding near the village of Barisha in Syria’s besieged Idlib province, a mere 5 miles from the Turkish border. Although the intelligence for the operation was carefully collected via an Islamic State defector, the location was something of a shock to observers of the group.

Map 1, which depicts the Islamic State at its territorial peak, did not contain Idlib or the surrounding area. Instead, Syrian observers have noted that the raid occurred in territory that is under the nominal control of the rival Islamist group Hurras al-Din, a Hayat Tahrir al-Sham (HTS) splinter group, which was previously the al-Nusra Front. All of these groups are, or were, considered affiliates of al-Qaeda (AQ). 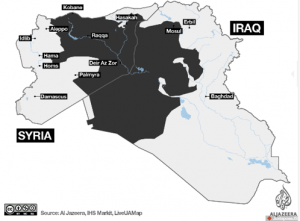 Baghdadi’s relationship with the Syrian iterations of AQ have been historically antagonistic. In 2013, the Islamic State had claimed authority over the al-Nursa Front, but were been rejected by the group’s leader Abu Mohammad al-Jolani, who still heads HTS. Ayman al- Zawahri, who took over command of AQ after Osama bin Laden’s death went further and declared that the ‘The Islamic State of Iraq and al-Sham is cancelled’.

Nor had ISIS significantly expanded its area of operations to Idlib. As Map 2 highlights, limited (violent) ISIS activity was recorded in the Idlib area throughout 2019. 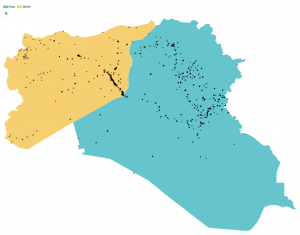 So, given that Idlib is dominated by ISIS’s supposed rivals for the leadership of the jihad, why was al-Baghdadi hiding there?

One possible explanation is that Baghdadi was attempting to utilise the extensive human smuggling networks that operate in the region, that run from Iraq and Syria through to Turkey and beyond, a theory endorsed by Turkish President Erdogan. These smuggling routes were crucial for foreign fighters to join the Caliphate, and now they are critical in helping them escape.

The gradual decline in violence perpetuated by ISIS as 2019 progressed in north west Syria (as maps 3 and 4 below indicate) may suggest that a pragmatic truce has been brokered between the competing Islamist groups. With the Caliphate collapsing in Iraq and Syria, and HTS under mounting pressure from the Russian backed, Syrian regime, the personality squabbles that led to the initial split may have been put on hold, for the good of the wider jihad. The UN recently raised this as a possibility, claiming that Idlib is ‘host to relocated ISIL fighters and dependents’. Other reports suggest that President Assad has shipped hundreds of ISIS fighters to Idlib. ISIS’s numbers in the region may also have been bolstered by the Turkish invasion that commenced in October 2019, which led to hundreds of ISIS members escaping from Kurdish ruled territory in Syria’s north east.

Furthermore, HTS is thought to be more lenient than ISIS, exhibiting less ideological rigour and more accepting of fighters from all backgrounds. It is plausible that this pragmatism extends to a tacit acceptance of a weakened Islamic State. Finally, HTS acrimoniously split from AQ in 2017 which may have paved the way for a rapprochement with the Islamic State. However, Baghdadi’s movements tell us little about how ISIS operates now. It is unlikely that Baghdadi had a strong influence on the movement throughout 2019 as it transitioned into a more traditional insurgency and decentralised.

Maps 3 and 4 compare the three months either side of Baghdadi’s assassination to examine if Baghdadi’s death has affected the group. ACLED records that there were 422 violent incidents before his death, as opposed to 311 in the following period. 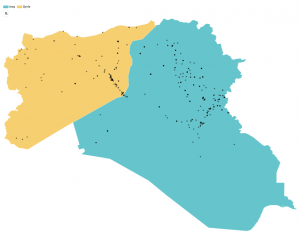 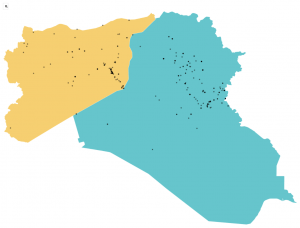 However, for reasons I expand upon in the conclusion, nothing meaningful can be extracted from this opaque, macro-level data. What’s more significant is where ISIS activity across both Iraq and Syria is located. Two hotspot areas – around Deir ez-Zor in Syria and the area north of Baghdad, centred on Iraq’s Diyala and Salahuddin Provinces in the Tigris valley, and spreading towards the cities of Fallujah and Ramadi, (and away from Baghdad) can be observed. 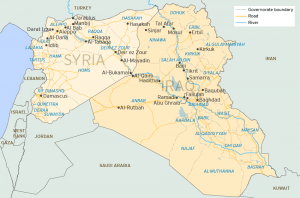 Deir ez-Zor was the last major city under Islamic State  control and the insurgency is still forcefully contesting the territory. As well as holding symbolic significance, Deir ez-Zor is also important strategically. Recently a senior US official revealed how the US was concentrating its anti-ISIS activity here to prevent critical infrastructure from falling back under ISIS’s control, given that it was previously a significant area for resource extraction. ISIS’s ability to be self-sufficient has been a hallmark of the group, stretching back to the group’s early history after Saddam was toppled, and is central to their ability to ‘Baqiya’ [remain].

The range of actors involved in the Syrian conflict, added to the ambiguous nature of ISIS’s relationships with its competitors in Idlib makes predictions about the likely evolution of ISIS in Syria notoriously difficult. However, one factor that is likely to be significant – and which has been previously alluded to – is how the Assad regime decides to treat the embattled insurgents.

Assessing the cyclical nature of ISIS’s attacks, analysts have noted that the group tends to carry out less attacks during times of nationwide protest in Iraq. The fall in violence in the period after Baghdadi’s death also coincides with the most intense period of civil unrest in 2019. Violence falls because a concrete threat from the group is likely to strengthen support for the government. This may also explain the absence of attacks in Baghdad, in the period after the Caliph’s death. Again, the location of attacks, rather than their frequency is more revealing.

Throughout 2019, violent activity was centred in uncontrollable areas such as the Hamrin mountains, have become havens for ISIS fighters due to the inaccessible terrain. Both Kurdish and US intelligence officials have warned that ISIS is tactically stronger than any other group, and is well established in the delta between the Great Zab and Tigris rivers. Combined with the seemingly never-ending cycle of government instability and civil unrest, it is clear that the ISIS problem has not been solved in Iraq.

The absence of ISIS activity in Iraq’s large western Anbar region also requires some explanation. As ISIS’s traditional refuge during its low points, more activity may be expected. However, insights from studies of insurgency suggest that violence is less likely to occur in areas where control is already exerted. The area is likely serving as the group’s logistical base and which perhaps effectively links the two observed hotspots.

Dealing with ‘observables’ inevitably leads to a one-sided picture of ISIS’s current situation. It ignores the areas where ISIS is avoiding violence, building influence or regrouping. It is also blind to the relationship between ISIS ‘in the Levant’ and its affiliates in places such as Libya and Nigeria. Perhaps the most limiting factor is the lack of context in which the data is presented. For example, the role of the Iraqi security forces, including the Counter Terror forces and Iranian-backed Hashd al-Shaabi militias, have had in transforming the security situation in Iraq is missing from this analysis. Similarly, the effect of the Turkish invasion of Syria has only been touched upon tangentially and the Kurdistan Regional Government (KRG) has been entirely ignored. Nonetheless, the clusters where ISIS is most active gives an idea of where military and political resources should be deployed to head off any much warned about resurgence.

As the influential jihadist text, the ‘Management of Savagery’ argued, territorial control is the by-product of destabilising violent activity. Any official with an interest in preventing the return of the Islamic State should remember that state instability has historically opened up power vacuums that the ISIS has exploited to extend its influence over people and territory. 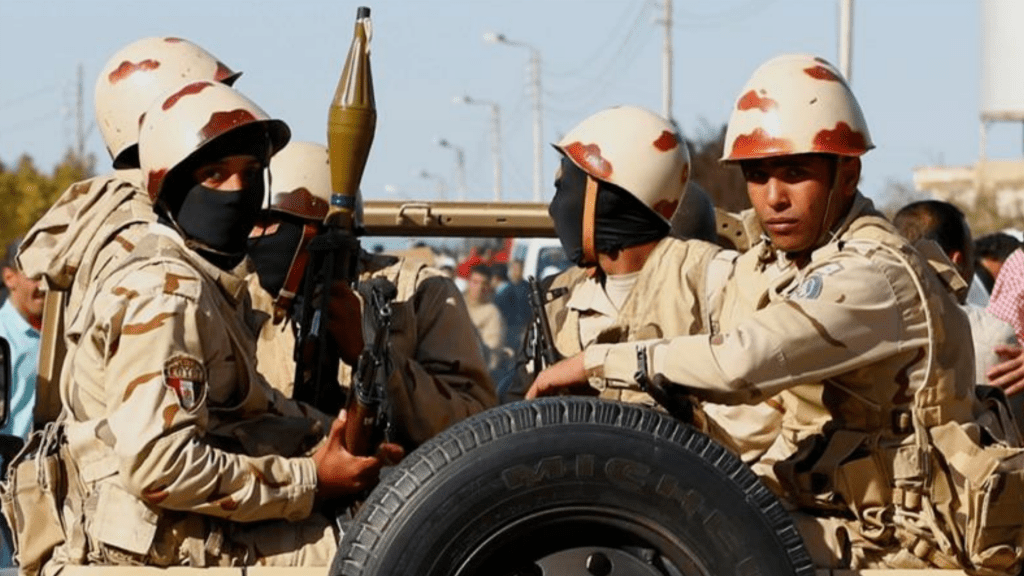 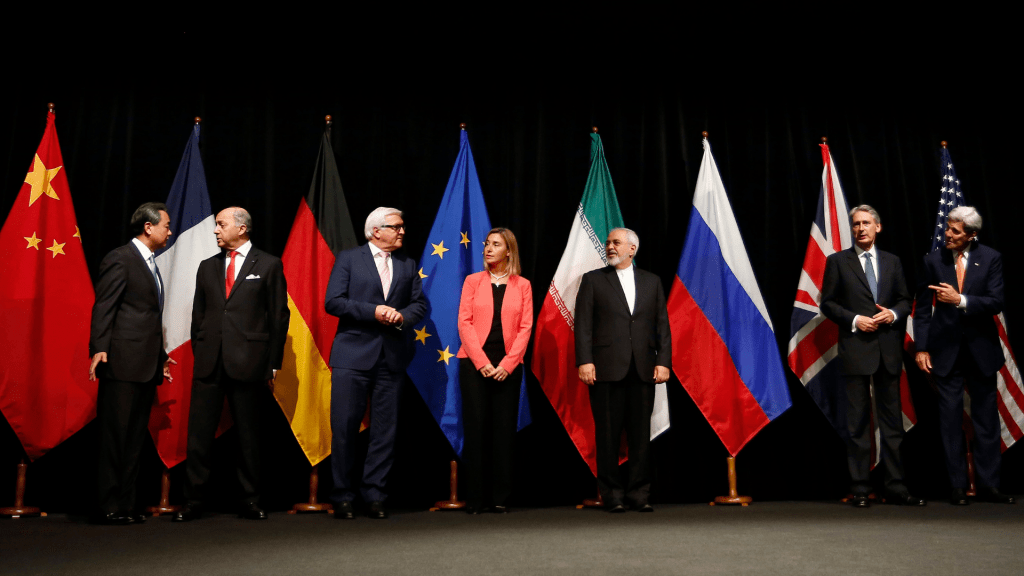 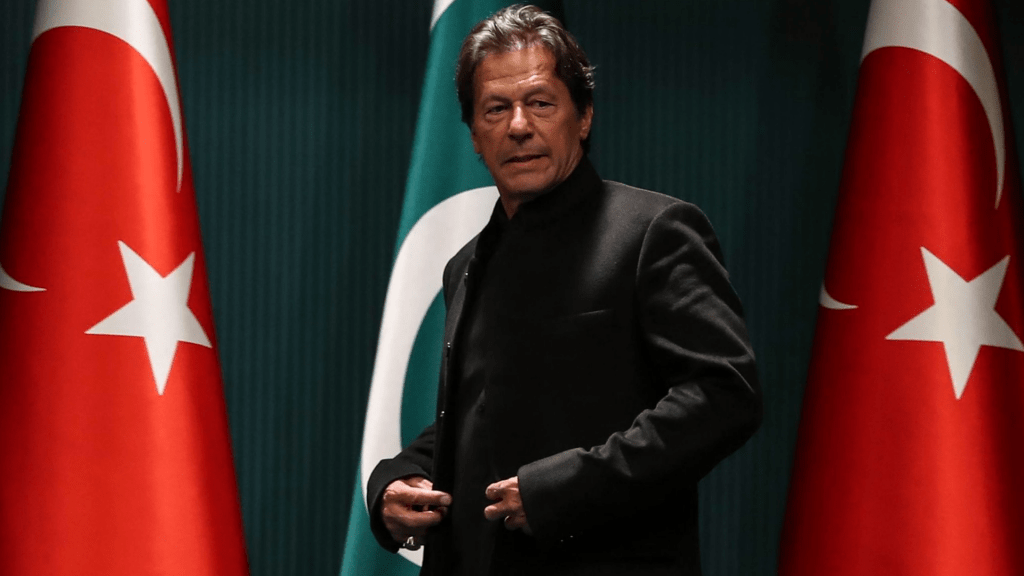