On 11 March 2020, the State Duma swiftly approved in the second and third reading the constitutional amendments bill submitted by Putin on 15 January. The most important amendment was the ‘nullification of the number of presidential terms served by the current President or the former President to allow either to serve his first term if elected to the presidency in 2024’. This amendment announced at the last moment legitimizes the current President (Vladimir Putin) to run for president for the 5th time in 2024, which would be impossible under the current Constitution.

It has all begun in January when Vladimir Putin proposed to change the 1993 Constitution during his annual address to the Federal Assembly. Initially, he proposed 10 amendments aimed to reinforce the power of the Parliament, but as Putin put it, the strong presidential rule would be preserved. Among the amendments there were some that removed the ‘in raw’ clause from the article regulating the number of presidential terms limiting them to maximum two; gave the right to the State Duma to approve the candidacy of Prime Minister, Deputy Prime Minister and Federal Ministers (the President will not be able to refuse their appointment almost in all cases); and gave the ability to the Constitutional Court to check the constitutionality of the laws adopted by the Federal Assembly at the request of the President before they are signed by the President. The working group on constitutional reform consisted of parliament members, loyal to the ruling party social activists and notable citizens, was established for the preparation and review of amendments.

In February, during one of the meetings of the working group the President backed the proposal to include social guarantees in the constitution: index pensions and keep the minimum wage no lower than the subsistence rate. He also supported the idea of codifying the role of Russians’ faith in God and traditional values, such as defining marriage as the union of a man and woman. Among other amendments, there were some that give more power to the president (even though the initial goal was to shift the balance of political power from the executive), such as the amendment that gives the president the right to initiate the termination of the status of judges, including judges of the Constitutional Court. Distinguished lawyer and vice-president of the Moscow Bar Association Henry Reznik considers this amendment a violation of the constitutional principle of the independence of judges (who can be removed due to ‘defamatory action committed by the judge’).

On 10 March, the member of Parliament Valentina Tereshkova suddenly proposed the essential amendment that resets the number of presidential terms allowing Putin to run in the next election. It was immediately approved and passed the second and third readings in the Duma. In the next days, the bill was approved by two-thirds of regional legislative assemblies, signed by the President and approved by the Constitutional Court. The national vote initially scheduled for 22 April was postponed due to the coronavirus pandemic.

According to Chapter 3 of the Constitution, referendum and elections are the highest expressions of the power of the people. The national vote is not a referendum, at least it is to be conducted by different rules. The constitutional law on referendum contains some guarantees for citizens (observers can monitor the referendum; the question posed in the referendum shouldn’t be ambiguous, etc.) that are not necessary to respect conducting a national vote instead of a referendum. Moreover, the fact of placing amendments related to different chapters under a single bill violates the federal law ‘On the procedure for the adoption and entry into force of amendments of the Constitution of the Russian Federation’. Thus, citizens are offered to vote either in favor or against the whole package of amendments.

Authoritarian regimes constantly need to reinvent themselves in order to survive. From a ruler’s point of view, political stability is a safeguard of the regime that can be undermined by speculation about possible change among elites. Public opinion that affects the president’s approval polls may also erode the stability. According to the independent Levada Center’s polls, in April 2020 Putin’s approval rating drops to a historic low of 59%, which is related to the coronavirus pandemic and growing dissatisfaction with the state’s economy.

The second-lowest approval (and highest disapproval) rate was in 2013 before the 2014 Winter Olympics in Sochi and the annexation of Crimea in March 2014.

Along with the overall dissatisfaction Russians tend to believe that they cannot influence official decision-making. In 2020, only 13% of the population has a strong interest in politics, respect to 18% in 2018. While 48% (in 2018 and 2020) of the population is almost not or not interested in political issues. Thus, due to possible electoral manipulations and the overall reluctance of citizens based on disbelief the constitutional reform is likely to be accepted in the national vote.

Central Electoral Commission of the Russian Federation, ‘On Elections and Referendums’. Available at: http://cikrf.ru/law/federal_law/zakon_02_67fz_n/gl2.php [Accessed on 27 May 2020]

Gwendolyn Sasse (2020), ‘Russia: Constitutional Reform as both Safeguard and Risk’, Carnegie Europe. Available at: https://carnegieeurope.eu/2020/03/11/russia-constitutional-reform-as-both-safeguard-and-risk-pub-81301 [Accessed on 27 May 2020]

Institute of Modern Russia (2020), ‘What Happens with Russian Constitutional Reform’. Available at: https://imrussia.org/en/analysis/3077-what-happens-with-russia%E2%80%99s-constitutional-reform [Accessed on 26 May 2020]

Levada Center (2020), ‘Almost 40% of Russians think that the government cares only about their revenues’. Available at: https://www.levada.ru/2020/03/10/pochti-40-rossiyan-schitayut-chto-lyudi-u-vlasti-ozabocheny-tolko-svoimi-dohodami/ [Accessed on 27 May 2020] 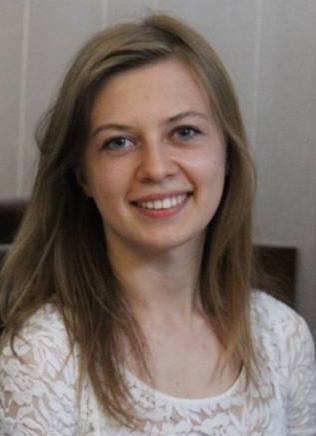