The Arrest of Huawei Executive Has Put Canada in Tight Spot

Canada has been in the spotlight for acting on an American extradition request, arresting Meng Wanzhou, the chief financial officer of telecommunications giant Huawei and daughter of its founder.

For those in Prime Minister Justin Trudeau’s corner, the debate so far has focused on the detention of Canadians in China, with Beijing being painted as thuggish for its retaliatory tactics.

The pro-China view, by contrast, has decried the persecution of Huawei by the Five Eyes nations in what could be called a new digital Cold War.

This tit-for-tat spat is a blemish on China-Canada relations and shows Canada playing a weak hand badly. It’s caught between two great powers and navigating these rough waters alone.

Making things worse is Ottawa’s apparent cultural illiteracy when it comes to demanding respect from China. While respecting judicial independence and legal processes should remain a priority, we point to the political and diplomatic implications of this ongoing saga.

The perceived public humiliation of one of China’s most important women executives, accused of exploiting offshore legal entities to do business with Iran, has already led to retaliation against Canada and this is likely to grow.

Ottawa could have recognized the political risks head on and handled this delicate situation more diplomatically instead of having Meng “lose face” in her own country and risking a Chinese nationalist backlash against Canada.

The warrant for Meng’s arrest had been issued for some time, covering alleged misrepresentations to HSBC Bank regarding business with Iran between 2009 and 2014, but Canada seemed unprepared politically.

One thing is clear: Meng posed no pressing national security risk to Canada, or any urgent risk to the United States, or she would not have been let out on bail.

Ironically, the arrest occurred during a dinner in Argentina between Chinese President Xi Jinping and U.S. President Donald Trump, who has said, if necessary, he would intervene on Meng Wanzhou’s behalf. Canada lost sight of its national interest by expecting Trump’s public backing — a poor bet — and angering China.

So what exactly has Ottawa gained?

The Chinese may not look at Canada the same way again — as an independent, safe haven considered a pillar of multiculturalism and quiet diplomacy. It may also do permanent damage to its relationship with China, Canada’s third-largest trading partner and worth over $1 billion in revenues from international students.

Most immigrants to Canada are Asian

More than 60 per cent of Canada’s immigrants are from Asia, and over two-thirds are immigrants from the economic category that add immediate value to the economy. Canada should not ignore the boon in immigration and investment that Asia represents to its economy.

A country like Canada cannot credibly pitch itself as an Asia-Pacific power without acquiring a more sophisticated cultural understanding of China.

Canada could start immediately by transforming the ranks of its civil servants, foreign service and diplomatic leadership from its current Eurocentric bias.

Ottawa must recruit top Asian talent who speak Mandarin, Hindi, Arabic and Urdu and can help advise its leaders on how to handle complex cross-cultural conflicts without abandoning its core values.

Canadian universities should also create programs to help their students spend more time studying and living in Asia rather than in countries that do not broaden their cultural or linguistic horizons. The pace of change has been too slow and traditional networks still prevail.

We are now indeed entering a digital Cold War and should not trivialize the costs or challenges ahead.

Few who have done business in China doubt that China’s telecom giant Huawei engages in widespread espionage and hacking on behalf of Beijing. It is widely known, for example, that American technology executives in California are often advised to toss their devices into the waste basket when they return from China.

In the absence of trust, greater cultural understanding is a powerful diplomatic tool and one that Canada needs to wield expertly. Hopefully the Meng case will be a catalyst to sharpening that tool rather than claiming the moral high ground and hoping for a favourable resolution to this entirely preventable crisis. 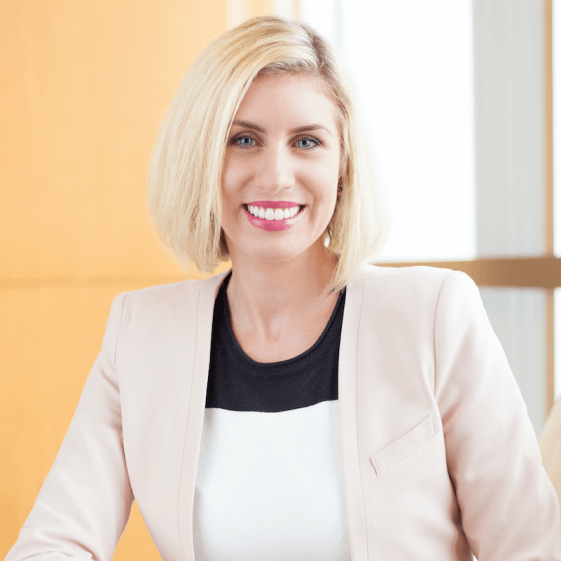 Stéfanie von Hlatky is an associate professor of political studies at Queen’s University and former Director of the Queen’s Centre for International and Defence Policy (CIDP). She received her Ph.D. in Political Science from Université de Montréal in 2010, where she was also Executive Director for the Centre for International Peace and Security Studies. She’s held positions at Georgetown University’s Center for Peace and Security Studies, the Woodrow Wilson International Center for Scholars, Dartmouth College’s Dickey Center for International Understanding, the Centre for Security Studies at ETH Zurich and was a Fulbright Visiting Research Chair at the University of Southern California’s Centre for Public Diplomacy. She has published in the Canadian Journal of Political Science, the Canadian Foreign Policy Journal, International Journal, European Security, Asian Security, as well as the Journal of Transatlantic Studies and has a book with Oxford University Press entitled American Allies in Times of War: The Great Asymmetry (2013). She has also published two edited volumes: The Future of US Extended Deterrence (co-edited with Andreas Wenger) with Georgetown University Press (2015) and Going to War? Trends in Military Interventions (co-edited with H. Christian Breede) with McGill-Queen’s University Press (2016). Stéfanie von Hlatky is the founder of Women in International Security-Canada and current Chair of the Board. She also serves on the Senate of the Princess of Wales’ Own Regiment. She has received grants and awards from NATO, the Canadian Department of National Defence, the Social Sciences and Humanities Research Council of Canada, Public Safety, the Government of Ontario’s Ministry of Research and Innovation and Fulbright Canada.