Argentina, Bolivia and Uruguay will all hold presidential elections in October. And, for now, leftists are strong contenders in all three countries.

This is a somewhat unexpected development. Beginning in 2015, conservatives toppled major leftist strongholds, including in Brazil, Argentina and Chile. The socially progressive Latin American left was declared dead many times over.

But the left-leaning populist Andrés Manuel López Obrador’s victory in Mexico in July 2018 showed that Latin American political winds don’t all blow in the same direction.

So what can be learned from the failures and successes of Latin America’s leftist parties and governments in the very recent past?

About two-thirds of all Latin Americans lived under some form of leftist government by 2010 – a “pink tide” that washed over the region following the election of Hugo Chávez in Venezuela in 1998.

Only a few countries – notably Colombia and Mexico – remained under conservative political leadership during this period.

There was the moderate “social democratic” left of Brazil, Chile and Uruguay, which embraced an agenda of egalitarianism while accepting the basic precepts of market economics.

This group was generally contrasted with the more radical “populist” left that ran Venezuela, Bolivia, Nicaragua and Ecuador. These governments shared the moderate left’s commitment to progressive social change but had bolder aims: an alternative to market economics and profound changes to political institutions.

Such groupings did little to predict these countries’ divergent fates.

In a few places, leftist governments have remained popular, vibrant and electorally competitive after over a decade in power – namely Bolivia and Uruguay.

But by 2015, Brazil, Venezuela and Nicaragua had all become political and economic catastrophes. Chile’s leftist government sharply declined in popularity.

Our political science research identifies some shared weaknesses of the Latin American left.

The first lesson comes from the Workers Party, which governed Brazil between 2003 and 2016.

Like many progressive parties, the Workers Party’s founding leaders were idealistic – committed to upending Brazilian politics as usual.

Under the Workers Party, Brazil experienced a massive expansion of social citizenship rights. By 2008, Brazilian President Lula da Silva was arguably the world’s most popular president.

But the Workers Party became detached from the social movements it once championed. Deeply immersed in the normal – even corrupt – give-and-take of Brazilian politics, the party came to be molded by the flawed system it sought to change.

We call this pitfall the “conformist temptation.”

The Workers Party rule ended with the 2016 impeachment of President Dilma Rousseff, Lula’s hand-picked successor. Although Rousseff herself faced no corruption charges, the Workers Party left power associated with corruption scandals, campaign finance violations and economic mismanagement – the exact problems it had promised to fix.

Under Presidents Ricardo Lagos and Michelle Bachelet, moderate leftists who governed Chile almost uninterrupted from 2001 to 2018, the party distanced itself from its supporters in social movements.

Crises in Venezuela, Nicaragua and Ecuador result from a different fatal flaw.

In these three countries, leftist leaders succumbed to what we call the “autocratic temptation” – the idea that a charismatic leader or popular political movement not only can speak for an entire nation but that they can do so forever.

Like many authoritarian leaders, Venezuela’s Nicolás Maduro and Nicaragua’s Daniel Ortega have lost touch with their constituents. When leaders become too insulated, research shows, safeguards against corruption and irresponsible public policies weaken.

The consequences may be devastating – like Maduro’s egregious failure to adjust Venezuela’s exchange rate policies during its descent into economic crisis and hyperinflation.

Authoritarian leadership has degraded democracy in Venezuela, Nicaragua and Ecuador in other ways, too. Checks and balances on presidential authority have been weakened and press freedoms restricted. In Venezuela and Nicaragua, the electoral process was manipulated.

The autocratic temptation to lionize a charismatic founding leader weakens the governing political party, too, by making it extremely difficult for new leaders to emerge and carry forward the party’s long-term transformative agenda.

In Nicaragua and Venezuela, that has meant that autocrats have clung to power despite popular demand that they leave.

In Ecuador, the current and former presidents – Lenín Moreno and Rafael Correa – are engaged in a bitter dispute. Protests have rocked Ecuador over Moreno’s economic policy shifts away from Correa’s agenda.

So what explains the resilience of the left in Bolivia and Uruguay, where leftist parties have reduced inequality and made tremendous progress toward social and political inclusion? Left-wing candidates are polling well in both countries’ presidential races.

In our assessment, what sets Bolivia and Uruguay apart is the strength of the ties between the leftist parties and allied social movements there. That has encouraged the accountability and responsiveness lacking in Venezuela, Brazil and Chile.

Civil society in Bolivia and Uruguay also retained its capacity for independent mobilization, constraining any possible slide into autocracy or unbridled ambition.

That may explain why Bolivia has so far avoided the worst social and economic consequences of the autocratic temptation – despite its charismatic indigenous president, Evo Morales, eliminating term limits and consolidating power over the past 14 years.

In Argentina the left’s possible comeback has more to do with conservative president Mauricio Macri’s economic mismanagement. But the center-left ticket leading Argentina’s presidential race has also succeeded because the candidates formed a broad national coalition – one that includes an array of social movements, from labor unions to feminist groups.

The Latin American left has some life in it yet. 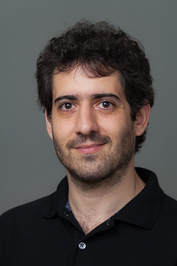 Santiago Anria is assistant professor of political science and Latin American studies at Dickinson College. He received his Ph.D in political science from the University of North Carolina at Chapel Hill. A native of Argentina, he has lived in Canada, Bolivia, and the United States. He is the author of When Movements Become Parties: The Bolivian MAS in Comparative Perspective (Cambridge Studies in Comparative Politics Series, 2018).