Nationalist movements are taking the main political stage at an increasing rate. As a result, very much hinges on the explanation of why people are nationalist, including insights into recent electoral outcomes in Hungary, the United States and Italy, to name a few examples. Moreover, on a historical scale, modernity is characterised by the importance of the nation-state, contradistinguished to empires, city-states, and hunter-gatherer societies observed in the past. Perhaps the most accurate conception of a nation is given by Anderson, who defines the nation as “an imagined political community – and imagined as both inherently limited and sovereign” (Anderson, 1991). Imagined, that is, because we only come to contact with a minute portion of our co-nationals yet have a strong feeling of belonging and community. From this, then, nationalism is “an ideological movement for attaining and maintaining autonomy, unity and identity on behalf of” the members of a nation (Kunovich, 2009). This paper will give voice to different views about how ethnic factors, civic factors, modernisation, and government manipulation all contribute to nationalist sentiment.

First, some claim that nationalist sentiment is purely a result of shared civic or ethnic factors that bring people together. The first nations were primarily grounded upon ethnic communities, made up of “a collective proper name”, a myth of common ancestry, shared historical memories, an association with a specific ‘homeland’, and a “sense of solidarity” (Smith, 1991). For the most part, these ethnic factors cannot be controlled by individuals, and are thereby exclusionary by nature. By contrast, civic factors, which also create national identity, include language, a feeling of belonging, respect, citizenship, and living in a nation—factors more amenable to individual choice. Increasing evidence shows that higher education, higher household income, and belonging to a minority result in “a lower commitment to both forms of national identity [civic and ethnic] and a higher [relative] commitment to the civic form of national identity” (Kunovich, 2009). Similarly, “countries that have experienced more violent conflict or lost territory and sovereignty developed [more] ethnic (rather than civic) forms of nationalism” (Hiers et al., 2017). As a result, it seems that in traditional societies with low education levels, lower household incomes, and turbulent geopolitical pasts, people tend to be nationalist because they bear a strong sense of unity with their ethnic community, disfavouring ‘others’. Instead, in more educated, modern, high-income societies with less turbulent geopolitical pasts, nationalist sentiments tend to be tempered, and based more on language, culture, and acquirable traits.

Nationalism as a consequence of Modernisation?

A popular theory attributes the rise of nationalism to modernisation. Such arguments are based on the view that “[i]dentity [did] not really exist as a problem in premodern societies”, where social roles were mainly based on one’s biological sex or predisposition towards certain tasks (Fukuyama, 2014). By contrast, it is argued that modernisation—in particular, industrialisation—introduced self-confrontation with personal identity and allowed the dissemination of nation-binding rhetoric through the printing press. As to the latter, Anderson argues that the emergence of vernacular print through the printing press in the sixteenth century made it possible for imagined communities of speakers and readers to be formed. An example of this was seen in Germany through the texts of Martin Luther, who in many ways united a nation by telling readers that “their salvation did not rest on conformity with rituals defined by the Roman Catholic church” (Fukuyama, 2014). In a similar fashion, Gellner points towards the importance of industrialisation that brought workers face to face with new, alienating technologies, triggering identity crises. Under such circumstances, people take refuge in a national, homogenised identity, and “language-based culture becomes the central unifying source of social cohesion” (Fukuyama, 2014). Thus, industrialisation and modernisation likely played an important role in making people nationalist. This need not mean that industrialisation and nationalism are intrinsically linked, but rather than nationalism as we know it was in many cases spurred by industrialisation, which—as other societal transformations could have done—forced greater physical proximity amongst workers through urbanisation and created an identity crisis through shifts in technology and job opportunities.

Nationalism as a consequence of Government Manipulation?

Finally, there is space for a more cynical theory according to which people are nationalist because governments want them to be so. States have the ability to invent and change “national flags, symbols, anthems, holidays, rituals, and traditions”, as well as history programs taught in schools, national museums, monuments and national heroes (Solt, 2011). As a result, states have at their disposal some powerful tools to influence nationalist sentiment. However, why would a state do so? Two leading theories exist. First, governments may fuel nationalism to secure state strength. For example, in terms of warfare, people will not be willing to die for their state if they don’t feel bound to it, so latching the state to the conception of a community allows for this type of self-sacrifice. This goes hand-in-hand with Fukuyama’s argument that increased nationalism reduces corruption (making personal interests subordinate to those of the nation), strengthening the state. Another theory proposed by scholars suggests that states create nationalistic pride as a diversion from the circumstances faced by voters, particularly economic inequality. Solt finds strong empirical evidence that “nationalism allows governments to obscure the extent of inequality”, and to “deligitimize demands for redistribution” by labelling them as harmful to co-nationals (2011). Of course, not all attempts by states or supranational bodies to create uniting identities are successful, as can be seen by the quivering EU experiment to create a post-national identity. However, there seems to be some truth in attributing nationalist sentiment at least in part to government authorities.

In conclusion, what makes people nationalist? We began by analysing what constitutes a nationalist sentiment: mainly civic attitudes and ethnic ones. Interestingly, lower levels of education, lower incomes, and more tumultuous geopolitical backgrounds are often associated with an increase in nationalism —particularly with a view of the nation grounded on ethnic factors. Another theory proposed by Gellner argues that, due to modernisation and industrialisation, people come into contact with a greater variety of people, work opportunities, and life choices, resulting in an identity crisis of sorts. As a result, identifying with a nation gives a sense of protection and security, comforting people by creating a (somewhat fictitious) sense of belonging. This could in turn be facilitated by the printing press and modern media, which fuel the creation of these imagined communities and allow for mass communication. A more sinister theory suggests that the government creates national identities either to fuel patriotism for warfare or to distract the populace from inequality. Overall, it is possible to create a coherent view that accommodates most of these theories which are by no means mutually exclusive. It seems fair to conclude that people are nationalist because they seek a form of self-identification, and that processes that trigger an identity crisis (such as globalisation or modernisation) or that disseminate the sense of identity (such as ethnic similarities, printed texts, and government initiatives) reinforce nationalist views and ultimately explain, at least in part, why people are nationalist.

Solt, Frederick. 2011. “Diversionary Nationalism: Economic Inequality and the Formation of National Pride.” The Journal of Politics 73(03): 821–830. 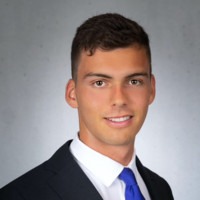 Philosophy, Politics and Economics student at the University of Oxford. Interested in the role that governments, businesses and individuals can play in mitigating crises, stimulating innovation, and furthering social welfare. 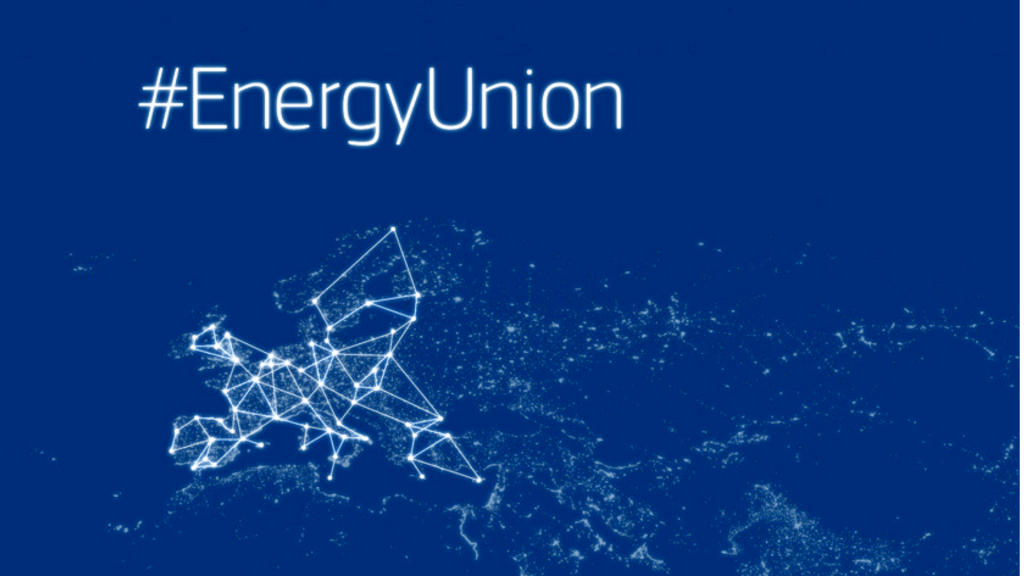 Executive Summary The energy transition’s uncertain outcome, coupled with the current instability of the Middle Eastern, North African and Eurasian geopolitical landscape, has paved the way to newfound challenges for… 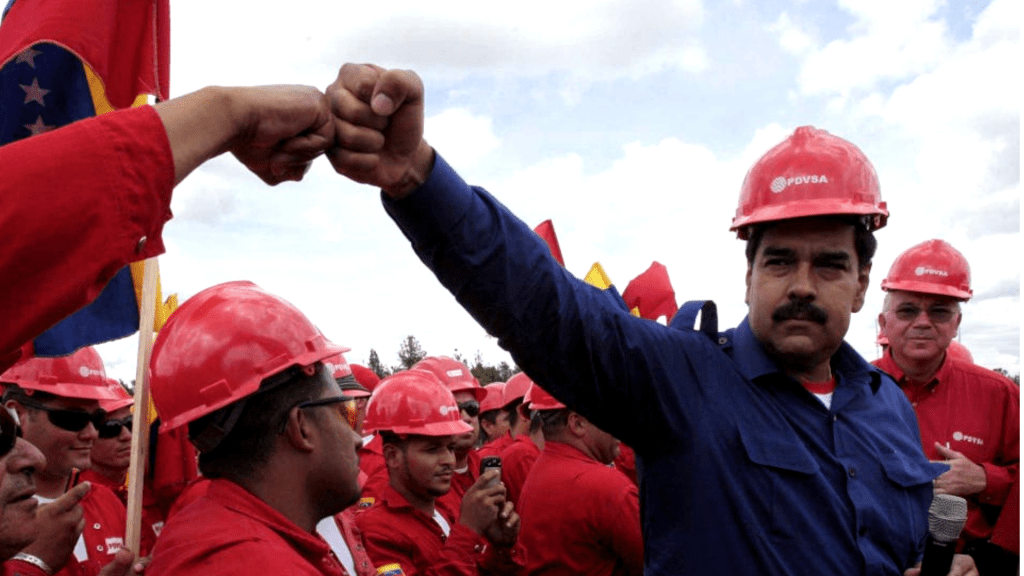 The Resource Curse: An Introduction to the Literature on its Economic and Political Components

This article is the repurposing of the author’s literature review featuring in his  master’s dissertation entitled ‘The Resource Curse, Democratic Deterioration, and the Rise of Authoritarianism in Venezuela The aim… 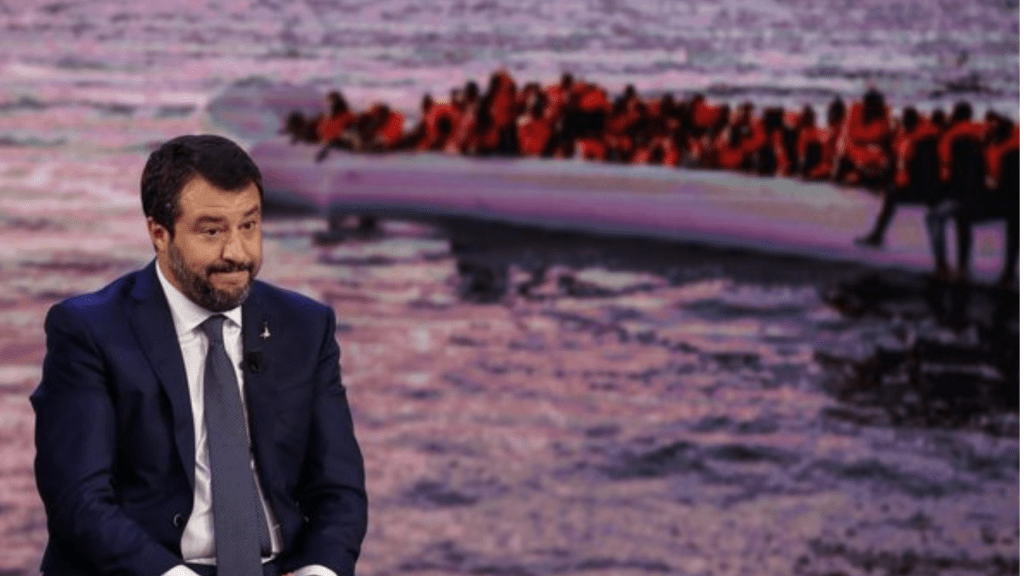 Understanding how ethnic and civic factors, modernisation, and government manipulation contribute to nationalist sentiments Nationalist movements are taking the main political stage at an increasing rate. As a result, very…