What the US Exit from the Paris Accords Means for Women

This piece was co-authored by Rashelle Brownfield, an intern at the Chicago Council on Global Affairs and a senior studying Political Science and Women’s and Gender Studies at Loyola University Chicago.

The Trump Administration has officially made good on a promise to exit the Paris Climate Accords by 2020. The Administration also recently announced a plan to reduce the number of refugees allowed in the country to 18,000 in 2020. Both moves are alarming. Together, these policies epitomize significant strides the US is taking to shut out an increasingly vulnerable population—women displaced due to climate change. Most climate migrants today are women, and women will likely continue to be the group most affected by climate change. Climate change is driving human migration more than any other event. In 2018, over 24 million people were estimated to have been displaced by a climate disaster. By 2050, 143 million people may become climate migrants. And the Women Environmental Network’s 2010 report found that women constituted 80 percent of all climate refugees, making up 20 million of the 26 million people displaced by climate change. The 2015 Paris Climate Accord explicitly recognizes climate change’s disproportionate consequences for women, incorporating specific provisions to support women’s empowerment to combat these effects.

Climate change affects women and their families domestically, as well. Recent reports predict that nearly 13 million Americans will be displaced due to domestic climate disasters by the end of the century, and American women will be disproportionately affected. This means that globally today, and nationally in the near-future, women climate refugees constitute a population most in need of help. And they are the group most likely to suffer negative consequences of the Trump administration’s refugee policy and withdrawal from the Paris Agreement. Women climate refugees often migrate as primary caretakers, community leaders, or heads of family. They are also predisposed to earning less money, and therefore have fewer resources to cope with sudden climate disasters. Further, women climate refugees are vulnerable to more sexual and domestic violence and a lack of accessibility to hygienic resources and social services than other groups migrating.

The current administration’s move to restrict refugees exemplifies a deep thread of policy stances that have ignored women’s needs and sought to restrict women’s freedoms. Decisions made during the Trump presidency have forced women to begin imagining a world post-Roe v. Wade. And the administration’s latest plan to shrink the resettlement program represents yet another example of the administration’s misogynistic policy. Even women and girls advocating in support of environmental policy and climate change are ridiculed, ignored, or met with pure aggression. Just look at the Trump administration’s vehement responses to Alexandria Ocasio-Cortez’s Green New Deal and Greta Thunberg’s involvement in climate activism. Thunberg’s arrival in the United States for the UN Youth Climate Summit was met with conservative male rage. Steve Milloy, a former member of Trump’s Administration, called Thunberg “a teenage puppet” and her activism laughable.

Unfortunately, these responses are not the exception. An ever-growing body of research shows an undeniable link between climate deniers and the anti-feminist far-right. Research in the US has found that conservative white men contribute significantly to the high level of climate change denial in the United States. And these same conservative white men’s political views are often fueled by backwards notions about women. Not surprisingly, their responses to climate change, women climate change activists, and women climate refugees are doused in toxic masculinity. These misogynistic views result in more than hateful rhetoric. Recent policy announcements demonstrate that these views also result in inhumane policies that ignore climate change’s consequences and will directly hurt the increasingly vulnerable population of women climate refugees. Global action to support refugees, and women climate refugees more specifically, is imperative. And the US should lead the way.

The US has long offered safe haven to people fleeing violence and insecurity. To turn our backs on vulnerable populations is to turn our backs on core American values. Moreover, if the US refuses to take in refugees, other countries are likely to follow suit and close their own borders, resulting in regional instability and insecurity abroad. Perhaps the most compelling argument for abandoning these policies, though, is the economic benefits of refugees: According to a 2017 draft report by the US Department of Health and Human Services, refugees have contributed $63 billion more in tax revenue than they cost in public benefits between 2005 and 2014.

Instead of turning our backs on women climate refugees, the US should intentionally welcome and support them. And then invite them to join policy discussions and use their experiences to inform innovative policies that can effectively address the climate crisis. Climate change is a women’s issue, and the best way to fix it is to advocate for women and move towards a feminist policy agenda. Misogynistic policies hurt people, the environment, and the economy. It’s time to embrace feminist policies…for everyone’s benefit. 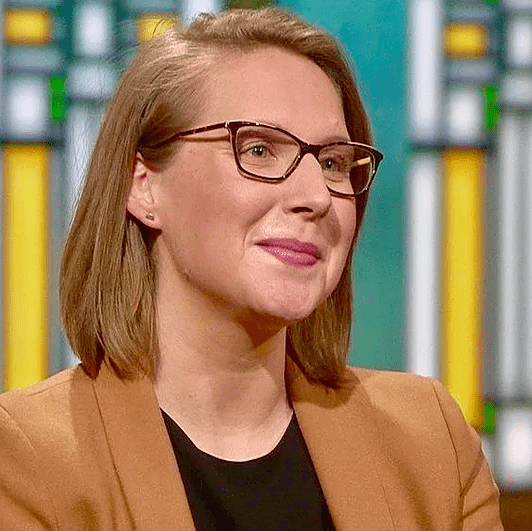 Dr. Katelyn Jones is the Women, Peace, and Security Fellow at the Chicago Council on Global Affairs and Public Fellow for the American Council of Learned Societies. Her research concerns gender politics in international organizations, and is especially focused on gender mainstreaming in policy formation and implementation. 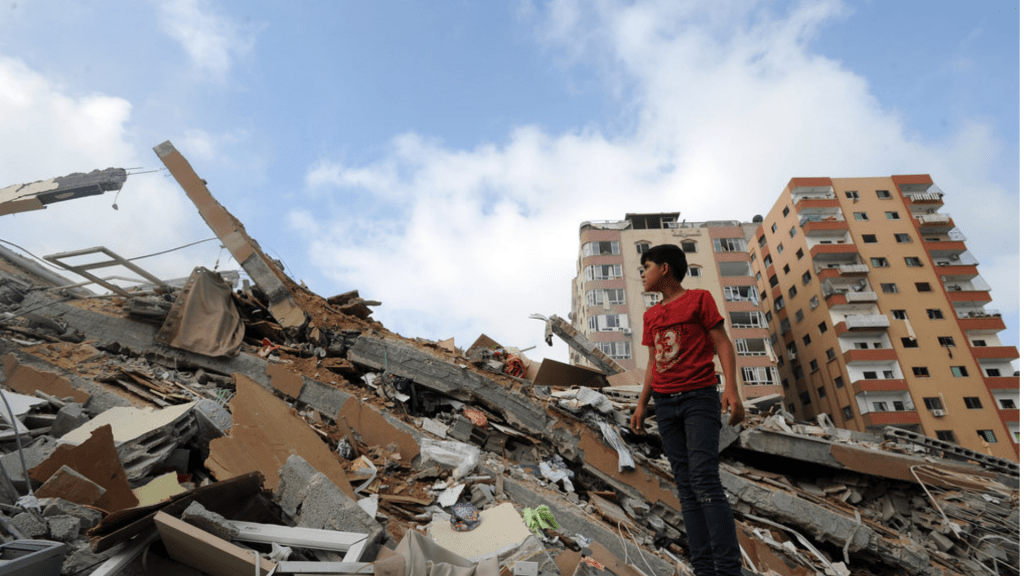 The Gaza Crisis: Restrictions and Challenges to the Humanitarian Space in Gaza

What are the restrictions and challenges in the humanitarian space in Gaza from an international perspective, and how can we understand their implications?   While there has been much discussion about… 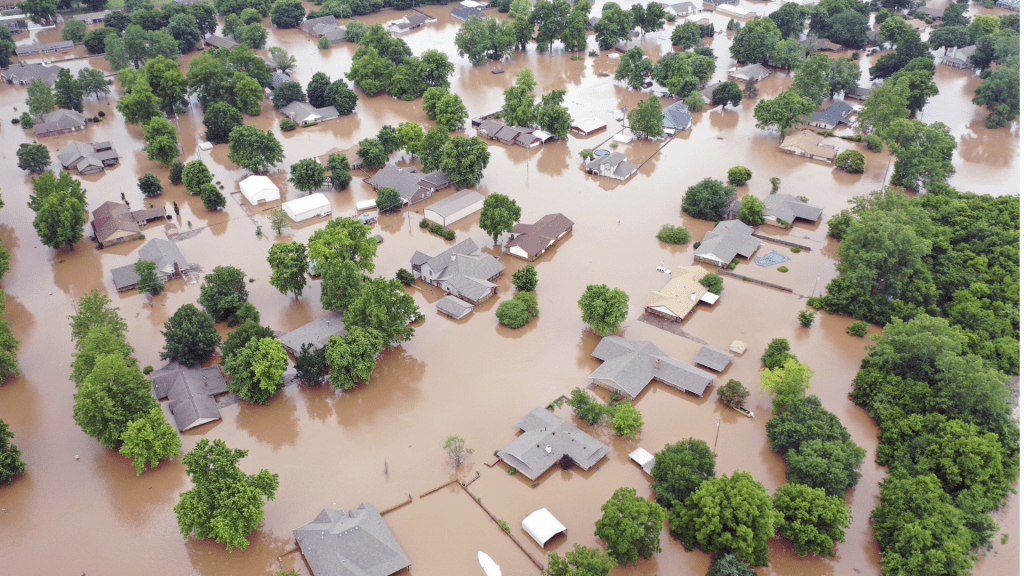 What the US Exit from the Paris Accords Means for Women

Why climate change is a women's issue which must be addressed through a feminist lens This piece was co-authored by Rashelle Brownfield, an intern at the Chicago Council on Global… 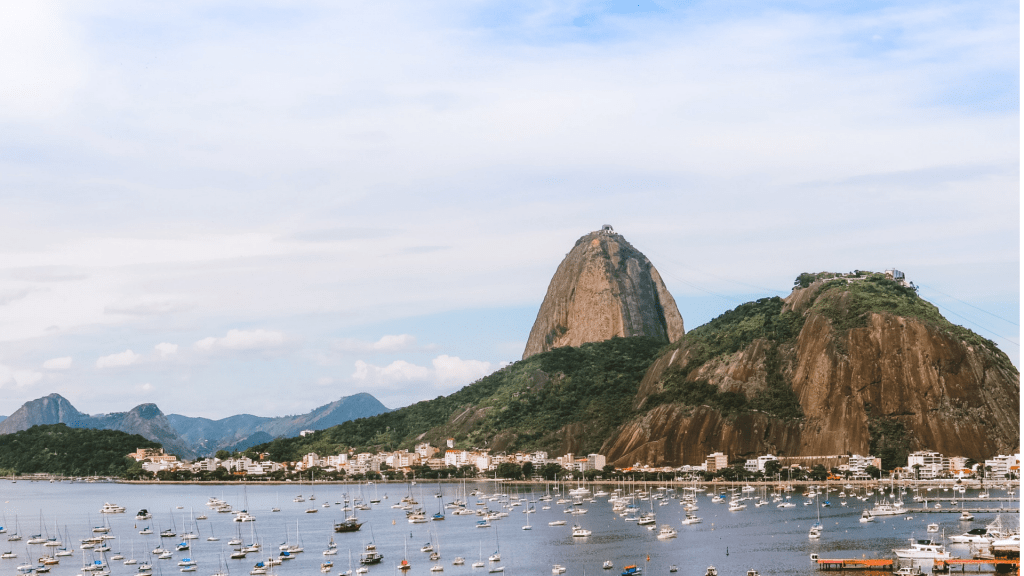 The Myth of Multipolarity and Overexpansion of Rising Powers: The Case of Brazil

Using Brazil to create a framework to analyze the foreign policy overexpansion of emerging powers Since 2013 Brazil has been in continuous economic and political crisis. The second worse recession…