The current impasse in the British parliament has increased the probability of ending up with one of two extreme outcomes: no Brexit or no deal. While significant attention has focused on understanding the potential impact of a hard Brexit on the income of people in the UK, much less is known about the impact on the rest of the EU.

We know that the UK has a large trade deficit with some big and influential EU economies such as Germany. Therefore, some have argued that this will result in these countries influencing the EU negotiating position and eventually offering a relatively generous deal to the UK. But our calculations find the opposite to be true.

Building on recent research by two of us into different Brexit scenarios, we looked at how a no-deal Brexit might affect the rest of the EU. We also assessed what would happen if the EU broke up entirely and all countries were left to trade on WTO-only rules. The magnitude of this gives us a sense of how important it is for the EU to stand firm in negotiations against the UK.

Our research uses a gravity model, which is widely used in the international trade literature. Many economists consider it to be the best tool for conducting applied trade policy. In essence, it is based on the idea that two countries trade in proportion to the size of their economies and trade less the further away they are to one another because this is more costly. As well as being firmly rooted in economic theory, it captures many features of the real world without being overcomplicated and predicts trade flows remarkably well.

Effect on the EU27

Our new results indicate that all EU27 countries will lose out from a disorderly Brexit, but that losses are not distributed evenly between the rest of the EU countries. Roughly speaking, there are three groups of countries.

The country that loses the most in terms of GDP, around 1%, is Ireland. This is expected given its geographic proximity, common language and historical ties with the UK. The second largest decline in GDP from a no-deal Brexit is observed for Cyprus, at around 0.2% of its GDP. This result is surprising to some extent given the distance of Cyprus from the UK. But it could be explained by common institutions (Cyprus was a colony of the UK until 1960) as well as the close historical and business ties between the two islands.

After Ireland and Cyprus, the vast majority of EU countries will face a decline of their GDP from 0.18% (Spain) to just below 0.1% (Croatia). And the last group of EU countries, from Central and Eastern Europe, will have among the lowest decline in GDP. Hungary with 0.08% and Austria with 0.03% of GDP.

It is interesting to note that the four biggest EU27 countries will face a small drop in their GDP in the case of a No Deal Brexit scenario. Germany faces a 0.16% drop; France, 0.17%; Italy, 0.14%, and Spain, 0.18%. Hence, the overall effect on the EU27 will be a fairly small decline in their combined GDP – a weighted average of 0.17%. In comparison, we find that a no-deal Brexit will reduce the UK’s GDP by a staggering 5.8% of GDP.

These results can easily be understood when we consider the fact that each individual EU country trades much more with the rest of the EU as a whole than just the UK. Consequently, each remaining EU country will have much more to lose in the event of the UK getting a deal that includes the benefits of EU membership without any of the costs, as this would undermine the future existence of the EU.

If the EU breaks down

To further understand the potential impact of a collapse of the EU project, we present evidence on what will be the effect for each individual EU country. Here, the assumption is that the EU breaks down and all EU countries begin trading under WTO rules.

In such a scenario, the GDP of the EU countries would fall by 4.7% on average, with Belgium, Luxembourg, and the Netherlands experiencing the highest declines of 5.5%, 5.4% and 5.3% of their GDP respectively. The rest of the countries face similar economic losses from 5.2% of GDP for Austria to just below 4% for Greece. The lowest loss in terms of GDP is for Cyprus with a 3.2% decline. Note that in this scenario, the UK’s GDP will be reduced by 4.5%.

From the above analysis, it is apparent that EU countries have much more to lose from the disintegration of the EU than Brexit. Following the gravity model, this is because countries tend to lose more in terms of international trade, and consequently their GDP, when their deep economic ties are cut with their bigger neighbours.

Hence, it is no surprise that the EU27 has shown a consistent and unified stance towards resisting the UK’s demands during the Brexit process. On this basis, there is little evidence to support the idea that EU negotiators will be forthcoming with a last minute, significantly more favourable Brexit package. 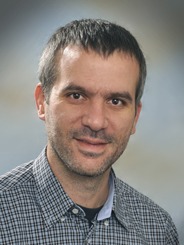 I joined Aston Business School in September 2011, having spent the previous two years as Visiting Lecturer at the University of Cyprus. Prior to that, I was for two and a half years Research Fellow at the Leverhulme Centre for Research on Globalisation and Economic Policy (GEP), University of Nottingham. I currently am a member of the Lloyds Banking Group Centre for Business Prosperity (LBP) at Aston Business School.